The bejewelled with stalagmites and stalactites Petralona Cave is one of the most impressive sights you can visit. It is located 70 km away from our hotel, on the west side of Mount Katsika and was spotted in 1959. It is the most important cave with paleontological interest, as the human skeleton of 700000 years age was discovered here, which indicates that the first human who lived in Greece and in Europe has lived in Halkidiki. Among the fossils of the extinct species found in the Cave are lions, hyenas, bears, panthers, elephants and rhinos. All fossils and the other findings are deposited in the adjacent Anthropological Museum 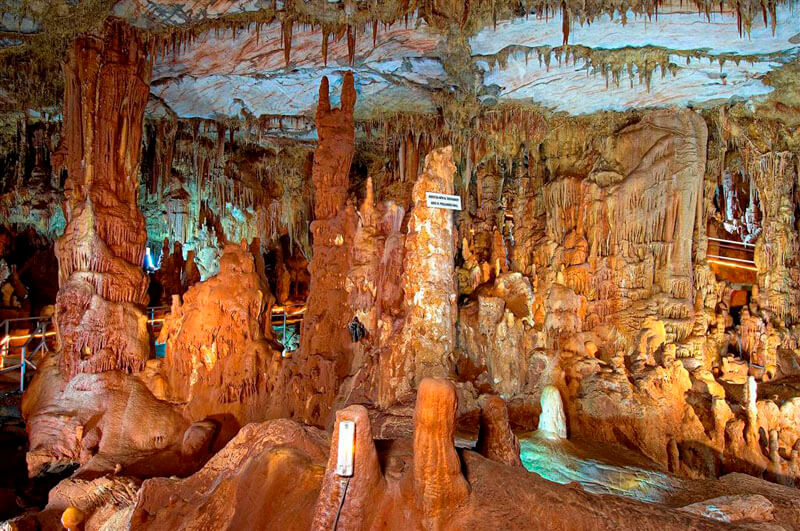 Mount Athos is the third peninsula of Halkidiki and constitutes a World Heritage Site and autonomous entity in the Hellenic Republic. Athos is home to 20 Eastern Orthodox monasteries under the direct jurisdiction of the patriarch of Constantinople. Mount Athos has been inhabited since the ancient times and is known for its nearly 1,800-year continuous Christian presence and its long historical monastic traditions, which date back to at least 800 A.D. and the Byzantine era. Today, over 2.000 monks from Greece and many other Eastern Orthodox countries, such as Bulgaria, Serbia and Russia, live an ascetic life in Athos, isolated from the rest of the world. The Athonite monasteries feature a rich collection of well-preserved artifacts, rare books, ancient documents, and artworks of immense historical value 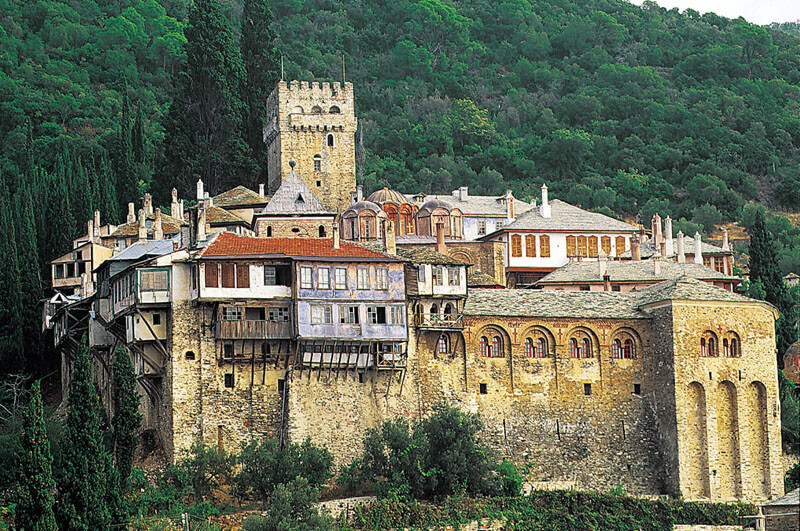 Thessaloniki is the second-largest city in Greece and the capital of Macedonia, located just 100 km away from our hotel. Thessaloniki is Greece’s second major economic, industrial, commercial and political centre, and a major transportation hub for the rest of southeastern Europe. The city is renowned for its festivals, events and vibrant cultural life in general, and is considered to be Greece’s cultural capital. Events such as the Thessaloniki International Film Festival are held annually. Thessaloniki is the 2014 European Youth Capital. Among the most interesting sights of the city, you can visit the White Tower, the Castles, the Archeological museum and the church of St. Demetrius, while you can also enjoy the rich market 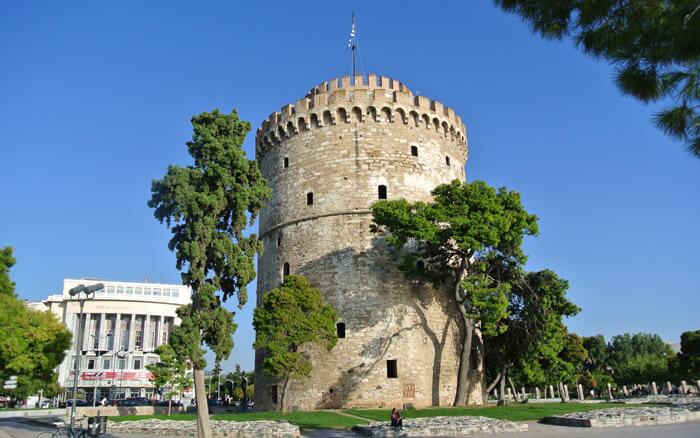 Pella is best known as the ancient and wealthy capital of the kingdom of Macedon in the time of Alexander the Great and is located near Thessaloniki. There, you can see exhibitions with all the important findings from the era of Alexander the Great, including the Macedonian tombs. In a distance of 60 km, you can also visit Vergina, a town better known for its remains of Aigai, the first capital of Macedon. Aigai has been declared as an UNESCO World Heritage Site status due to it being “an exceptional testimony to a significant development in European civilization, at the transition from classical city-state to the imperial structure of the Hellenistic and Roman periods’’. There you will find the grave of Philip II, father of Alexander the Great, the palace and the theatre of the ancient city 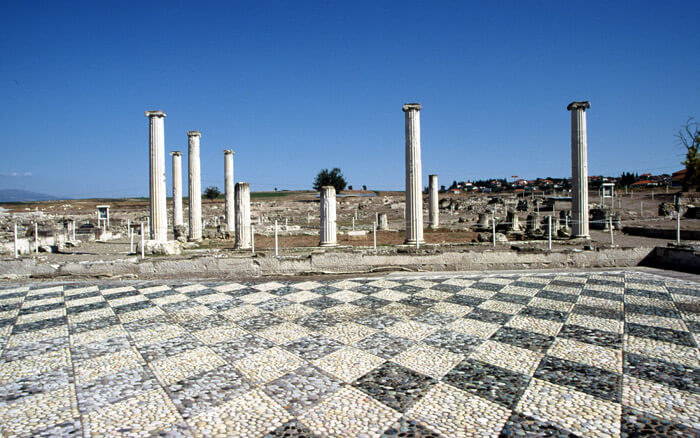 Ancient Stagira in northern Halkidiki is famous for being the birthplace of the great Greek philosopher, Aristotle. The village of Stagira was built near the archaeological site of Stagira. The sultan’s mint was located there in the 16th century and many ruins of furnaces can be found close to the village. The historical central church of Stagira was built in 1814, a few years before the Independence. Many ancient towers, walls, temples and the statue of Aristotle are situated on the west part of the village. On your way to Stagira, you can also visit Arnea, one of the most picturesque villages of north Halkidiki and its Folklore museum 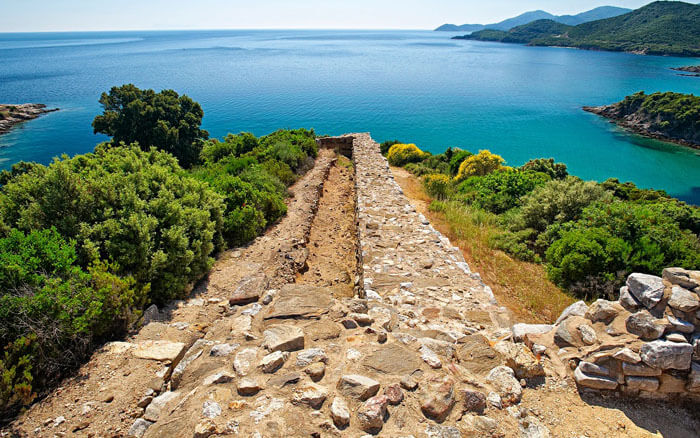 Kallithea, a village with important archeological and religious sites and at the same time a nightlife center of the peninsula is only 19 km away from Pefkohori. There, you can visit the Sanctuary of Amon Zeus and the stone-built Church of Agios Nikolaos. 5 km further, Nea Fokea possesses several very significant sites, such as the Church of Apostle Paul, which is actually the cave where the Apostle hid from his persecutors as well as the 15th century Tower of Apostle Paul 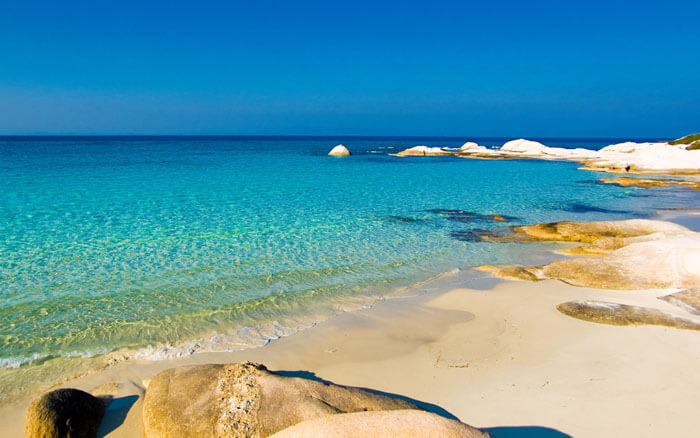 Afitos is a seaside village, located 20 km north of Pefkohori, which retains its traditional charm with stone- paved streets and quaint squares. While in Afitos you can visit impressive sites, such as the ruins of Ancient Afitos, the ancient Millstone Quarries, the Folklore Museum and the natural springs of Moudounou and Vrysitsa 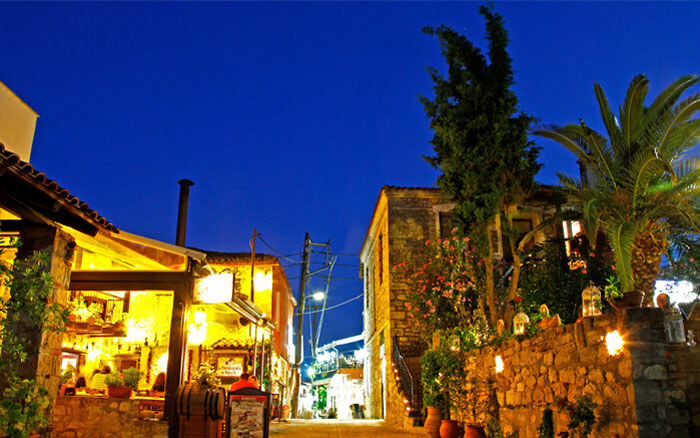 The capital of Kassandra lies in the center of the peninsula and it is one of the largest villages. In Kassandria you can visit the Cathedral of the Birth of the Virgin, the abandoned windmill and the folklore museum. Also, there is a weekly open market in the village, where you can find traditional local products and delicacies. An open market also exists in Nea Moudania, a town in the northernmost spot of the peninsula, where you can also see the folklore and the fisheries museum 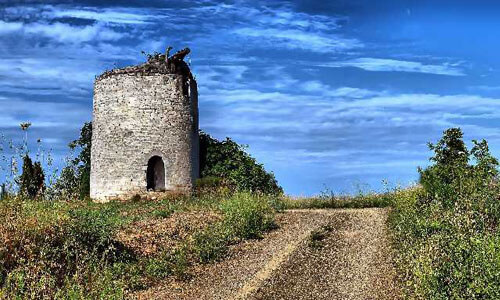 VISIT OUR HOTEL IN HALKIDIKI AND MAKE YOUR DREAMS COME TRUE…